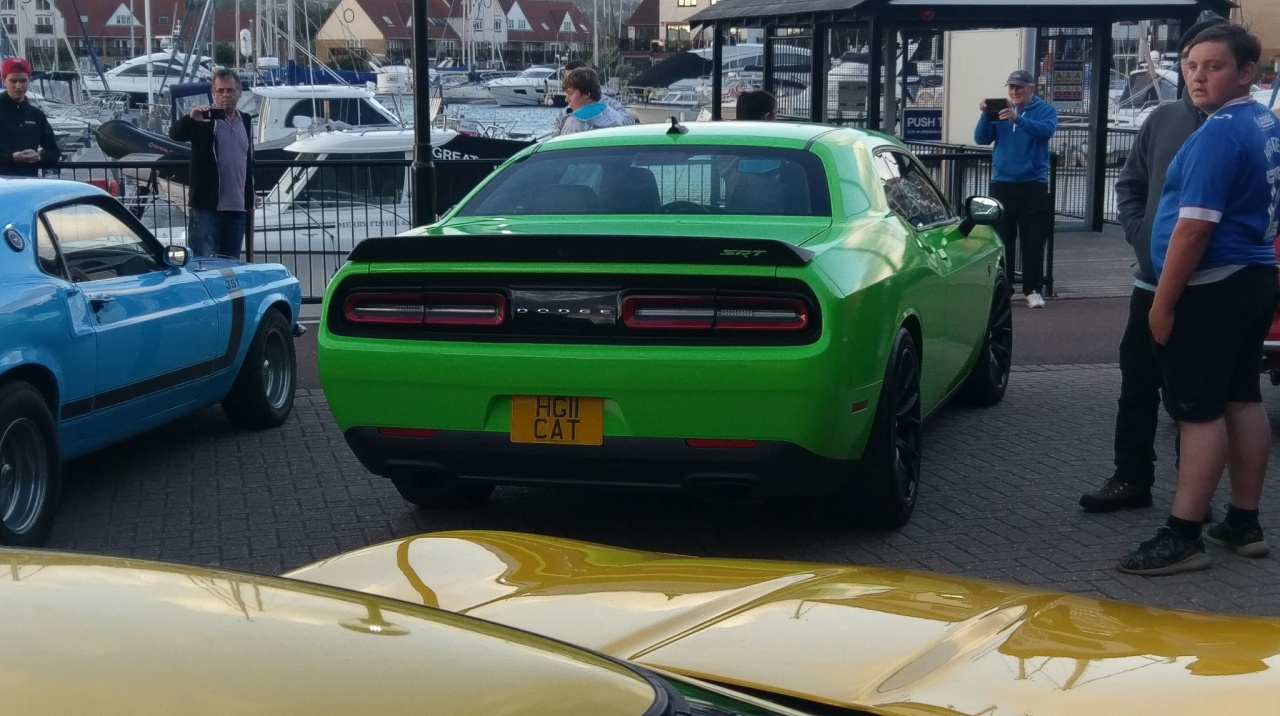 Its gathering of club cars, each week they do a different cat theme, like VW's, TVR's etc... On the 28th May and 6th Aug, its the Renegades turn to park up between 7pm and 9pm on the Thursday.

There is limited space, any more than 15 cars is a squeeze.

You know she’s taken the wrap off now and it’s for sale? She has a Redeye now
Clare
Swindon
2008 Pontiac Solstice (my toy)
2018 Dodge Challenger R/T Scat Pack (hubby's toy!)

797 HP.
Photo here of Dawns Hellcat Redeye and my Scatpack. 1283HP in one picture!

thanks for posting
Upgrades = Saleen supercharger kit with JDM tune, 3.4 pulley , keene bell boost a pump , 62mm Twin Throttle body with spacer, EBC drilled grooved vented discs up front with red stuff pads all round , Boost gauge and Fuel psi gauge ,oil seperator, Additional cooling fans for heat exchanger, 7 row oil cooler BMR rear lower control arms. Exedy stage 1 clutch kit. 481Bhp total. Plus all the normal refinements you get with a saleen mustang production number 192 of 945 for that year.. New PB at santa pod 12.75sec 1/4 mile
See xmas toy project in readers rides for my 79 Trans Am on going project , In my stable is a 2005 saleen mustang 79 Trans am 69 Chevy El camino el camino now sold TRANS AM MIGHT BE UP FOR SALE IF ANYBODY INTERESTED ???

an88fiero said:
people have missed being out
Click to expand...