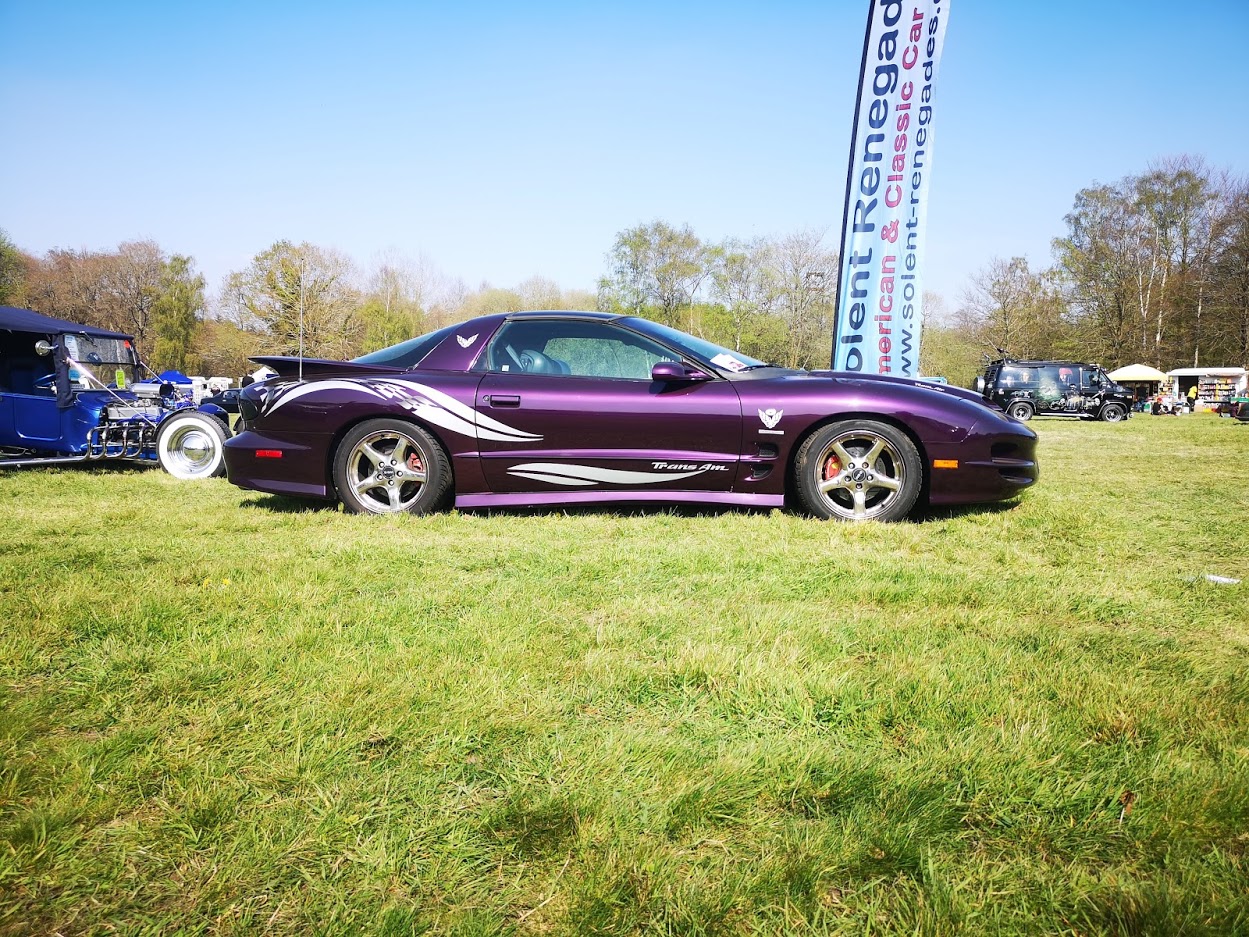 This 2000 Pontiac Firebird Trans-Am car was purchased over the Internet using Ebay, found a dealer selling the car in Pensacola, Florida. Wired the cash across by popping into my local bank. It was all risky as I had never seen the car before, only photos. I organised the shipping myself using a shipper in the States who transported it across land to Jacksonville. The whole shipping process took around 1 month. Arrived mid september 2002.It was the first time I used eBay, I signed up for an account, and then started bidding. The bidding was a bit addictive, when someone outbids you its almost like you have to be top, no matter what. Well bidding got over $16k, I was at work so couldn't watch the bidding too close. About 1 hour before the end, I just put down $20k and hoping I would remain top, and the bidding ended at $17.1k

SVA test
Had to get it through the SVA test, without a garage it was getting hard to work in the dark. So it never went in for its SVA test until March 3rd 2003. I had to change the way the front side lights worked and the entire rear light cluster and add some indicator repeaters on the front wings, nothing too major. The SVA retest was on the 13th March which it passed, then I took it straight for the MOT which it also passed, then went to get it registered which took a couple of days, but now it's all taxed and MOT'd, road legal on 13th March 2003. I'm very happy with the car, stunning performance.
I purchased a set of GM workshop manuals from Bauer-Millett in Manchester, also got the EU rear light cluster from them too. The manuals were very useful regarding electrical wiring, and changing the lights I had a few modifications to do. I has to has on rear light reflectors, as the EU light cluster didn't have rear reflectors, therefore wont pass the SVA. I just got some plastic stick on ones from Halfords.

Diagnostic / Tuning Tools
A great thing about the LS1 engines is the tuning side of it is all done in the ECU. You really need to be geared up with a laptop and some great software to achive this. I purchased AutoTap Auto Tap/ got the enhanced version for the LS1 engine Auto Tap's EFI Live software. Its great for data looging and reporting error codes, many things you can check for manual or automatic cars. This told me about a vaccum leak not in so many words but did point me towards the problem so it could be fixed. Done some logging when going down Thorney Island drag strip, video of the car from a spectators view, can be seen here.

Up against a Nissan Skyline V6 Twin turbo with NOS, well not sure if he used NOS down the strip, but he done the Fast and Furious NOS purge before the race.

Great to have a bit of American muscle throbing with power at low RPM. Next time will try to change into 4th gear, was in 3rd at 101mph, well was at 100 about 50 meters before the end. The silly thing is I set the rev limit to 6000rpm, this means its starts taking out cylinders about 5500 rpm. 6000rpm in 3rd = 100mph. The rev limit was set by another piece of software I have by HP Tuners, available at hptuners this enables you to change stuff in your ECU. First thing to go was the speed limiter. Next was the CAGS (Computer Aided Gear Selection) its a reall pain in the butt, happiliy pulling away on a roundabout in 1st gear between 15mph and 20mph, time to change gear, but think again, is only locks you out of 2nd 3rd and 4th, duh!, whats the use? apparently meant for fuel economy, but not so good when car is coming towards to and your coasting to a stand till. I used to end up in 5th gear, it was the only one I could get into. Considering 5th gear takes you over 160mph, its not really geared up for accleration at 15mph.

HP Tuners is a great bit of kit. Driving while doing data logging and then adjusting the 3D tables after tweaking for better performance.

Looking for some bolt on horse power, after loking at what some people had to say in www.ls1tech.com the F.A.S.T. Intake manifold looked the business, fine bit of craftsmanship, wouldn't lok complete with the stock fuel rails so I invested in some F.A.S.T Fuel Rails which can deliver plenty of fuel for my needs, think I read some where in the region of 2000hp.
Photos of the F.A.S.T LSX Intake manifold before installation. Fitted the fuel rails. The braided hose and pressuer guage is from Speed Flow very helpful company, they visualise what you require and send you all the bits you need. I'm all new to these pipe fittings, I got everything I needed to do the job.

Below is the standard LS1 intake manifold coming out. Need to take care taking it out as some pipes at wrapped round the oil pressure sensor, this can easily snap, we managed to take the old manifold off okay without knocking the sensor.
Once the old one clear need to change the bolts that hold in the knock sensors to lower profile ones, these come in the kit and need to be used as the new intake is deeper and will fowl on the old bolt causing damage. While changing these bolts i knocked the oil pressure sensor, breaking it off, whoops, this car wont be going this weekend. Going to order a new part on Monday, hopefully will come next day.

New FAST LSX intake manifold on the left, stock ont he right. Need to swap over the throttle body, and move the gaskets from one to the other, they are reusable. not reusing the fuel rails as I have some nice anodised ones to be fitted.

LSX Manifold going in. to help with the install got rid of the AIR and EGR, will modify this with the HPTuners software.

Had a faulty oil pressure sensor, so all came off again and changed the sensor. Off and on again in about 1 hour. Ready for the Can-Am 2005 Show the next day.

April 2019, Respray from Red to Purple
This was done by ACM, a talented pair of Hungarian chaps based in Romsey.