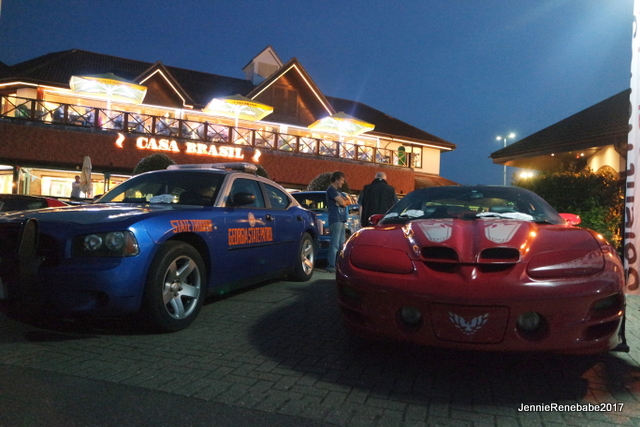 The Renegades will be there twice this year. It at Port Solent right down at the waters edge.

Staff member
Meeting the usual time, to be parked up by 7pm.

Is Thursday still going ahead?? Hoping to be able to make it if there is space
2014 (64 Reg) Dodge Challenger R/T 5.7 Hemi V8 Finished in Sublime Green Metallic with RT OEM Matte Black Printed Long Side Stripes

TransAmDan said:
Yeah still going ahead, yes come along. It's parking by the harbour bit, between a couple of pubs.
Come along.
Click to expand...

I’m hoping that by this time next year I might actually have something back on the road to bring along….

Stephen CA said:
I’m hoping that by this time next year I might actually have something back on the road to bring along….

TransAmDan said:
Any progress on any of the vehicles?
Is it worth selling one to use the fund to get anothe fixed? Although selling a non working vehicle gets you a rubbish price for it.
Is there anyone that can help you with getting one going? I dont know anything about VW's, but may know a bit on the 4th Gen camaro, as many bits simular to the T/A, just the previous gen different engine which is very simular..
Click to expand...

I did think about that, I'm hoping to get the Firebus back soon as it doesn't need too much more done (hopefully) but getting parts at the moment is a nightmare. I actually thought about selling the Camaro but I only paid £2k for it four years ago and I am kind of attached to it and as you say a car with no current MoT isn't going to fetch a good price.

There is also the problem with being able to afford another American car in the future as the costs just seem to be going up and up to silly prices, unless you want a two door Mondeo . I really should get the Camaro looked at to find out how much the various bits are going to cost to sort out and if it really does need another Cat, but if it becomes too expensive it may not actually be worth it .

I was waiting to find out how much the Beetle was going to cost before I spent any of the money I've got put aside on the Camaro, but that's still the great unknown! .