It is always risky predicting The Next Big Thing, but Abarth might just have it. It’s not the 595 Scorpioneoro you see here which, while unquestionably a stylish special edition, is based on a car that’s been on sale for well over a decade. No, the really exciting thing is how potential owners can try the car out.

Because Abarth has just started a trial that will see prospective 595 buyers sent a wooden crate, inside which rest Bose headphones and a virtual reality (VR) headset. Pre-loaded on this headset is a three-minute film, which takes viewers on a ‘virtual test drive’ through stunning Welsh vistas in a 595 Scorpioneoro.


I’ve tried VR in the past, and let’s just say that when used for corporate videos, the experience is underwhelming. But what Abarth has done with its virtual test drive - the world’s first, no less - is nothing short of spectacular.

Beginning on Black Rock Sands beach in North Wales, we’re introduced to both the car and our co-driver, Stef Vilaverde, a died-in-the-wool Abarth fan and YouTuber. The beginning is short, but gives time to appreciate the surroundings. In front of you stands the car, but tilt your head up (in the real world) and you can see the sky and clouds. Turn around and you’re faced with headland cliffs, the camera angle and audio moving with your eyes and ears; it really looks and sounds like you’re stood on the Welsh coast. No time to dwell on the scenery, though, as the roar of the 595’s exhaust draws you back to the car in time to see it blast across the sands. 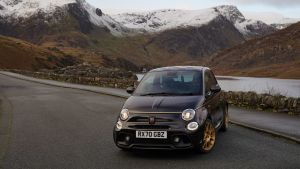 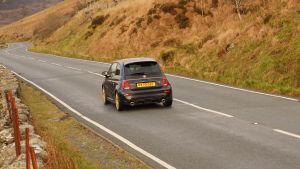 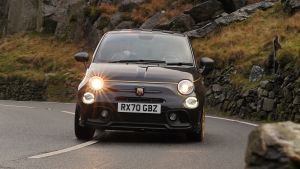 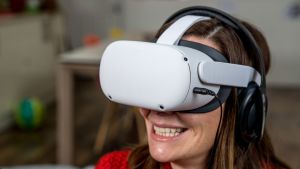 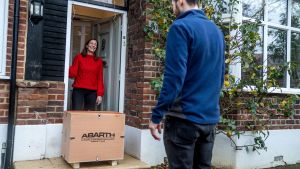 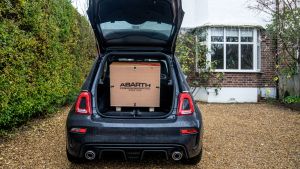 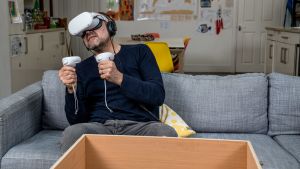 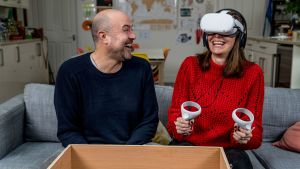 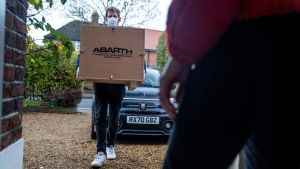 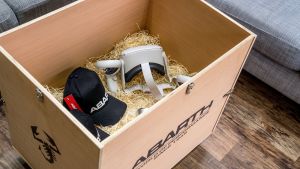 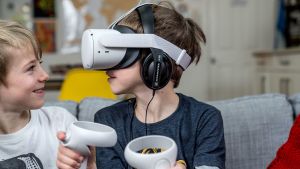 We’re in the passenger seat for most of the rest of the test drive, and as far as your eyes and ears are concerned, you’re in the car. Turn your head to the left and watch the crystal-clear lake waters of Llyn Ogwen pass by; face ahead and Snowdon looms into view ahead of the 595’s bonnet; look inside the cabin and you can make out details like the Scorpioneoro’s limited-edition plaque.

It’s an immersive experience, and when Stef activates the sports exhaust and gives the 595’s 163bhp 1.4-litre engine a blast, the audio is as engaging as the visuals. Another camera angle sees looking from outside the car at road level; facing forwards reveals rushing tarmac, turning behind shows the bonnet of the 595 bobbing away, inches from your eyes.

There are a couple of limitations. Even though the gear has to be returned to Abarth, the cost of VR headsets means it’s doubtful every manufacturer could offer every customer a VR drive (Abarth’s trial is operating only from Vospers dealership in Exeter - for now). And while the wooden crate the gear arrived in is a cool nod to past Abarths (which had performance upgrades in a similar box) the crate itself is too large and heavy to be handled easily by all.

But with real-world test drives likely to be problematic for some time, VR could be an important tool for car makers, dealerships and, of course, buyers - not least because as well as leaving me yearning to drive a 595 Scorpioneoro, the virtual world brought excitement and variety after months being cooped up.

How does virtual reality work?​

VR films are created using a camera with multiple lenses that film 360-degree footage with no blind spots; a 360-degree microphone with several channels is also used. Software stitches the recordings into a seamless ‘bubble’ of footage; camera mounts that might be in shot are also removed. A VR headset displays the all-encompassing footage on two small screens directly in front of your eyes, motion sensors determining where you are looking; tilt your head up, for example, and the footage follows, mimicking what your eyes would see if they were the camera.

Do you think virtual reality test drives are a good idea? Let us know in the comments section...

2 Jul 2021
Luke Wilkinson
L
A
What is Audi's Virtual Cockpit?