This is the all-new Vauxhall Movano-e. It’ll go on sale later this year, completing the British brand’s pure-electric commercial vehicle range, joining the Combo-e and Vivaro-e, while offering fresh competition for the Fiat e-Ducato in the large panel van sector.

The Movano-e features an electric motor mounted on the front axle producing 121bhp and 260Nm of torque. Buyers also have a choice of either a 37kWh or 70kWh battery, which offer maximum ranges of 72 and 139 miles respectively.


Whichever battery you choose, it’s mounted under the van’s floor, which means there’s no compromise when it comes to practicality. There are three heights and widths to choose from, which offer load volumes of between eight and 17 cubic metres. The van can also carry a payload of up to 2,100kg.

As an added benefit, Vauxhall also says that the Movano-e’s battery enhances the van’s cornering ability and improves its stability when fully loaded, as that low-down mounting in the vehicle’s chassis drops its centre of gravity.

Vauxhall will also supply the van with seating for either three or seven. The standard panel van has a single row up front with three seats, while crew cab versions get a second row in the rear, with space for an extra four passengers. 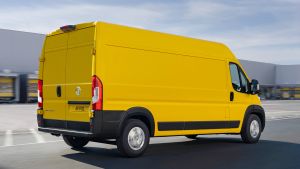 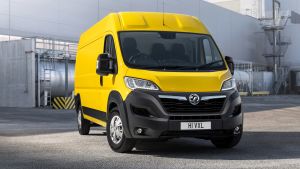 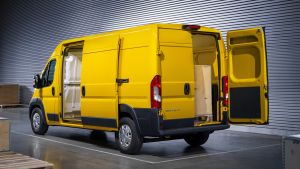 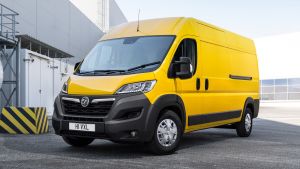 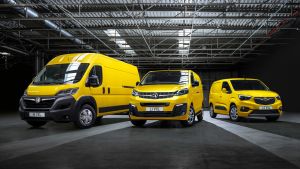 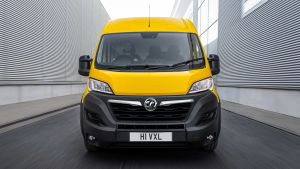 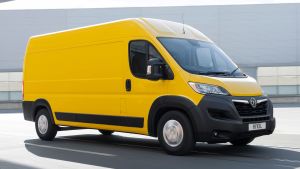 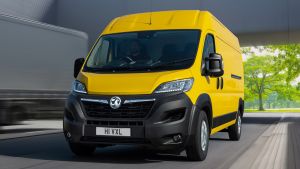 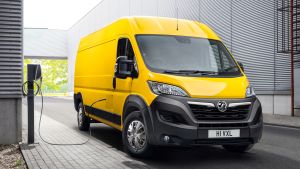 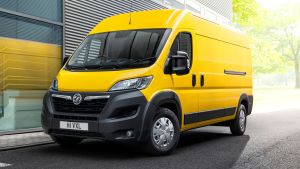 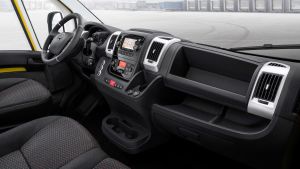 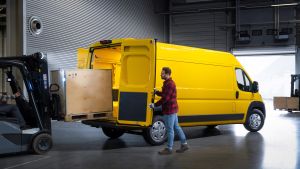 Further body options include chassis cab and chassis crew cab variants, which Vauxhall says are well-suited to conversions such as tipper trucks or dropside loaders.

For those who need a little more range, Vauxhall also offers two diesel versions of the new Movano, both of which use the same turbocharged 2.2-litre four-cylinder engine.

The lower-powered option produces 118bhp and 300Nm of torque, while the more powerful model has 163bhp and 370Nm of torque. Both engines meet the latest Euro 6d emissions regulations and send drive to the front wheels via a six-speed manual gearbox.

Every version of the Movano-e also comes with a broad range of safety equipment, including forward collision alert, lane departure warning and trailer merge assist, which accounts for the extra length of a trailer when warning drivers of traffic in their blind spot.

Prices for the new Vauxhall Movano-e are yet to be confirmed but, like the Fiat e-Ducato and Mercedes eSprinter, we’re expecting a starting price of between £50,000 and £60,000 due to the expensive battery technology. Although running costs will likely be higher, the diesel model should be significantly cheaper, with a starting price of around £25,000.

What does the new Vauxhall Movano-e have to beat? Check out our list of the best electric vans on sale by clicking here…