The all-new fourth-generation Fabia follows in a long line of Skoda’s that have shot to the top of their class – on first impressions this car could have what it takes to do the same. More refinement, practicality and tech mean it’s more mature than ever, while performance is acceptable, and efficiency should be strong enough. The slicker design and extra tech, helped by the move to a new platform, should help it compete at the sharp end of the supermini sector.

Superminis are big business in the UK, which is why Skoda is launching its fourth-generation Fabia. The all-new rival for the best-selling Ford Fiesta is sporting plenty of technology that should send it to the sharp end of the class.

The Fabia has moved to the VW Group's MQB A0 platform, which means it’s grown in size to 4.1 metres long – that’s longer than a Fiesta and the SEAT Ibiza, the first car to use the Group’s MQB A0 architecture.


In turn, this has meant more space inside, with a longer wheelbase and a wider cabin too. A modern supermini has to offer this level of versatility, and the growth in dimensions means boot space is also now up by 50 litres, to 380 litres – or around the same as a VW Golf from the class above. That’s impressive. Fold the rear seats down and there’s up to 1,190 litres on offer, proving that Skoda is still majoring on pragmatic design despite a greater focus on style too.

We’ll have to wait until the full unveiling to get an idea for the new Fabia’s final design, although it’s clear that with some sharper creases it’s definitely inspired by the new Octavia. This includes the interior, as our pre-production test car wore a light disguise inside. However, alongside the extra space we know that the Fabia will offer a digital instrument panel and a central touchscreen running the VW Group’s latest MIB 3.0 infotainment system reskinned for the Skoda.

UK specifications are yet to be confirmed so we’ll wait to see if we receive the six-inch set-up that some European cars will get, but it’s more likely the Fabia will be offered with an eight or a 9.2-inch set-up. 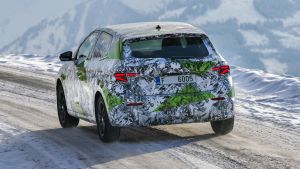 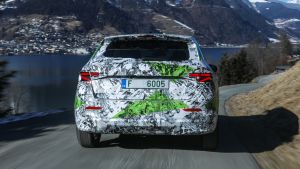 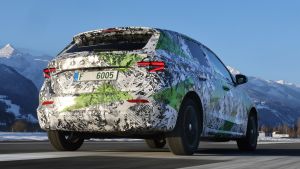 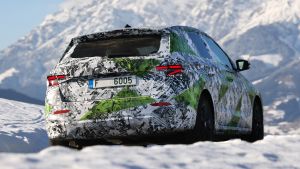 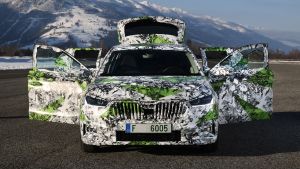 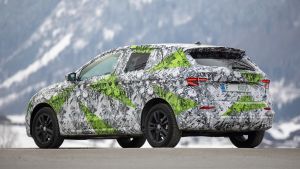 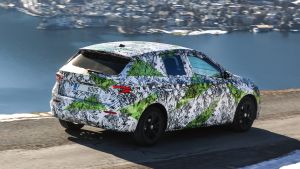 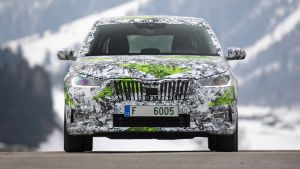 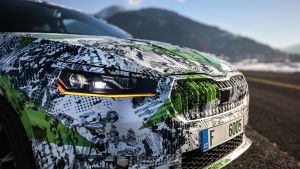 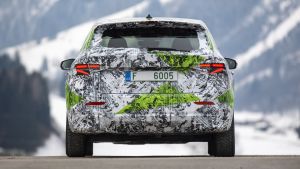 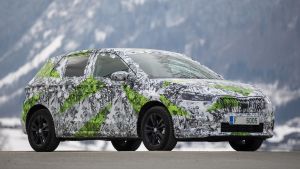 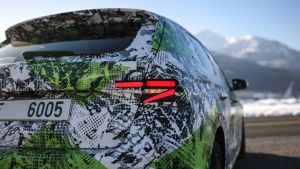 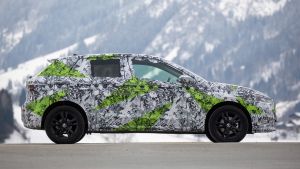 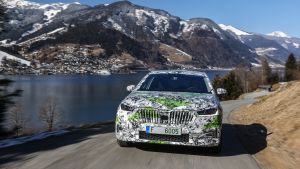 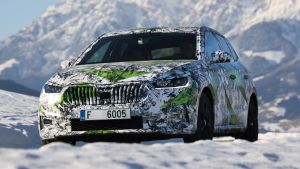 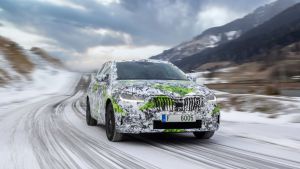 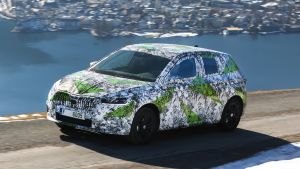 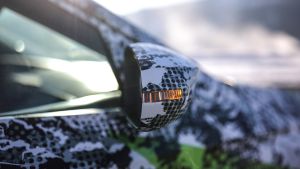 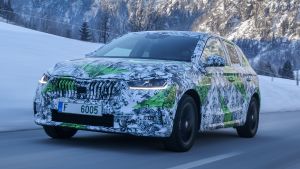 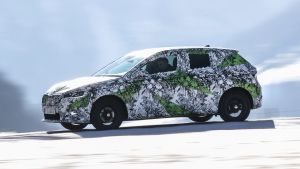 The new Fabia will feature a range of ‘Evo’ engines, but we tried the 108bhp 1.0-litre TSI three-cylinder turbo unit (it’s highly likely there’ll be a slightly less powerful but more affordable 94bhp version available in the UK).

There’s no mild-hybrid power from launch to help keep costs down and monthly finance deals competitive, a crucial factor for any supermini, but we were still impressed with the 1.0 TSI unit’s performance on our early drive.

With 175Nm of torque it needs working a little, but the power seemed adequate despite a little bit of initial lag. Performance figures are yet to be confirmed, but we’d expect a 0-62mph time of around 9.5 seconds, while official fuel economy should be somewhere in the mid 50mpg range.

The manual gearbox’s shift action is familiar, which means it’s a nice weight and positive enough, while the chassis served up a decent level of comfort, and even with some light camouflage on the body refinement was still strong. The steering is precise, but the Fabia is far from sporty.

It’s clear that the focus is on comfort and refinement then, while we’re expecting plenty of new safety tech to be announced when the car is revealed fully later this year, as was the case with other MQB A0 superminis in the VW Group.

Given the increase in size, practicality, refinement and tech expect the starting price for the new fourth-generation Fabia line-up to rise to around £16,000, and roughly £18,000 for the 1.0 TSI 110 model.