When it comes to a first verdict on one of the most important British sports cars for a generation, there can be nobody better qualified than Jenson Button, Britain’s 2009 Formula One world champion and Lotus fan. Auto Express was invited to ride shotgun with Button as he drove the all-new Lotus Emira at the brand’s revamped Hethel home.

This is the very first car off the production line, so Button says he’s taking it easy – it doesn’t feel like it. That trademark Button smoothness is still there as the car switches direction as swiftly as he changes gear.


“Moving the gearstick close to the steering wheel makes it feel racy,” he says. “Looking at a car is important, the beauty of it, but it’s when you open the door and you get in, everything should feel just right, you should feel part of that car. You do with this. It’s a small car, but I feel totally at home in here.

“You also have the full-on entertainment system, which is simple to use. I hate it when you have to scroll through lots of things. This gives you more time to drive the car.” 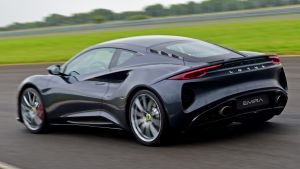 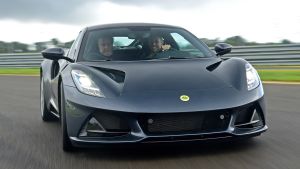 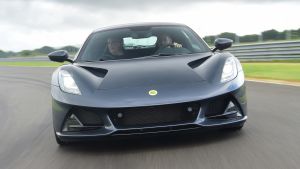 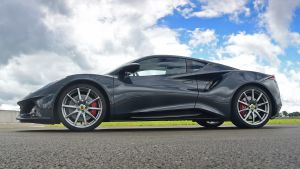 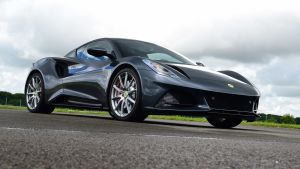 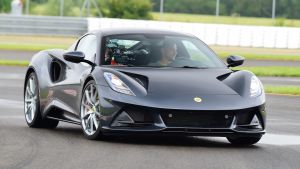 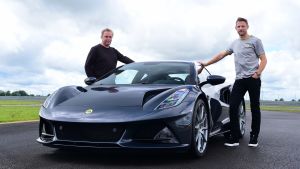 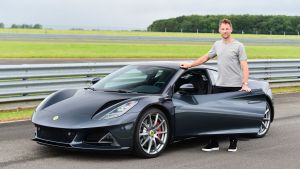 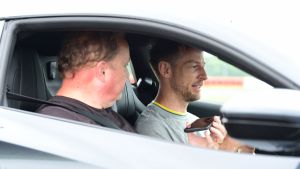 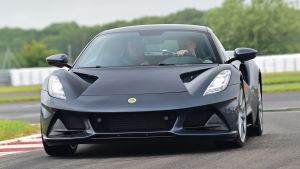 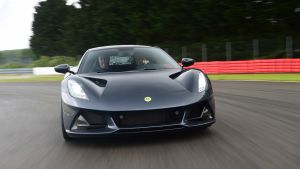 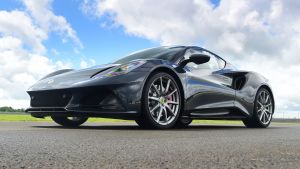 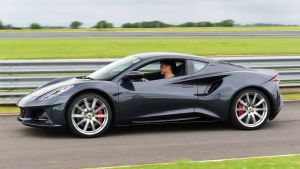 In true British fashion, the rain comes down as we head around for another lap with Button’s smile wider than ever. “It’s wet and there’s so much grip,” he says. “They’ve really worked on the aerodynamics of the car so you get downforce in high-speed corners – you’re not just getting that mechanical grip. That means you don’t have to have all the gadgets on the car to stop it from sliding, which makes the car lighter.”

The new Emira will be available with 2.0-litre four-cylinder AMG power, or the larger engine and manual ’box of the car Button’s driving, which is the same as in his own Evora. “It’s got a three-and-a-half litre V6 and I know the gearbox pretty well, too.”

So how different does the Emira feel? “Maybe it’s just the position I am in the car, but yeah, for me it feels more sporty. I think it’s partly because of the way the gearstick is close to the steering wheel, but the car is quite wide – it just gives you a little bit more grip mechanically.”

Button’s commentary is accompanied by the great sound of the V6 sitting behind us, with the occasional pop and bang through the exhaust, yet it doesn’t disturb his flow behind the wheel or his praise for the car.

He describes the steering as “super-responsive”, another benefit of the Lotus’s light weight – the Emira is expected to tip the scales around 1,400kg. “Because it’s light you don’t overheat the brakes and you don’t overheat the tyres. So you can have as many laps as you want in this car until it runs out of fuel,” he laughs. “I don’t want to call it a junior supercar, but I really do think on a track, this would give a lot of supercars a run for their money.”

So what does he like best about the Emira? “The feedback it gives you through the steering wheel, the pedals, through your bum, that’s the most important thing. The people who are buying it, they’re going to get the Lotus driving experience. But they’re also getting comfort. ”

So would he buy one to live with alongside his Evora? “Yeah. One hundred per cent.”

It might have been Jenson Button behind the wheel, not us, but you can tell a lot from a ride in an all-new car before you’ve even driven it. And two things struck us with the Emira.

Dynamically, the car feels very well sorted. Grip levels, even in the wet, are high, our chauffeur was able to change direction quickly with no drama, the punch from the 3.5-litre V6 was impressive and even the ride comfort seemed to be pretty good when we caught the edges of the ridged curbs.

But perhaps most impressive of all for the very first Emira off the production line was the comfort and quality – not exactly a traditional Lotus strong point. Getting in and out of the car was easy, while the style of the interior, the choice of materials, and how well everything was screwed together bode really well for when full production starts.

Click here for our exclsuive images of the new Lotus SUV...