The updated C3 Aircross is a more convincing all-round offering than its predecessor, with Citroen adding a few more creature comforts targeted squarely at family buyers. The Aircross’s soft ride means it’s relaxing to drive too, while the manufacturer has added some upgrades to the technology, and clever everyday practicalities that have made this small SUV a more competitive model in an incredibly crowded class.

Things move fast in the compact SUV world, and after four years on sale it’s time for a facelifted Citroen C3 Aircross. The crossover is the third-best-selling model in the firm’s range, and these latest updates are designed to keep the car competitive with newer rivals like the Renault Captur.

In fact, you can buy a C3 Aircross for as little as £17,320, which is nearly £2,000 less than the entry-level Captur. That’s a significant saving, but it’s worth noting you can only have that bargain price tag if you order online, and you’ll have to do without the new nine-inch infotainment system found on Shine trim and above. Our range-topping Shine Plus test car features this new set-up, and it’s a worthwhile upgrade, as we’ll see.


Citroen’s cosmetic revisions are limited to a more purposeful-looking front end, with slimmer headlamps, a broader grille and tweaked running lights, but the brand’s interior tweaks are a little more noticeable. Advanced Comfort seats feature on the Shine Plus model and give a good level of comfort, as their name suggests. Storage is important on a small SUV, and a newly designed centre console with a useful lidded cubby, which can be accessed from both the front and rear seats – along with other redesigned cubbies – give a welcome boost to practicality.

On that subject, space in the rear seats is as good as ever, offering buyers enough flexibility and a good amount of head and legroom. The sliding rear bench seat gives up to 520 litres of boot space, so the C3 Aircross is a versatile machine, but practicality was never its problem. 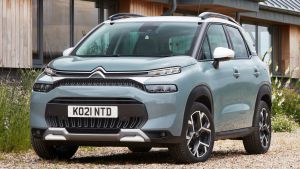 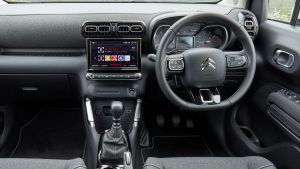 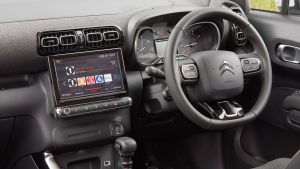 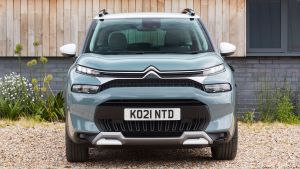 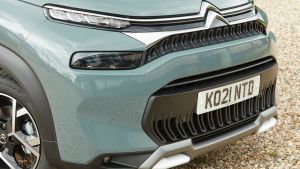 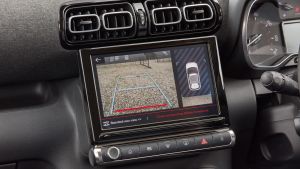 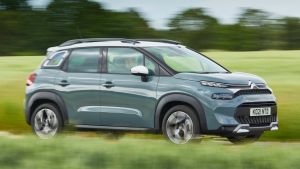 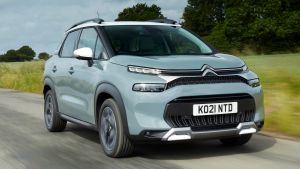 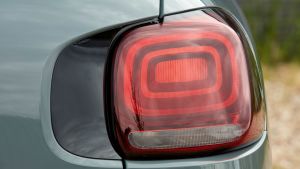 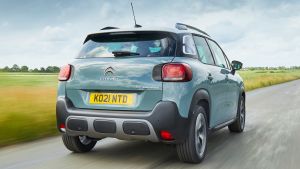 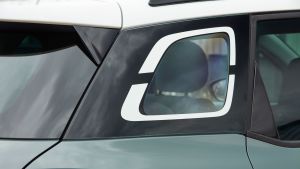 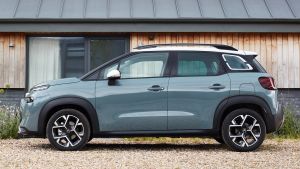 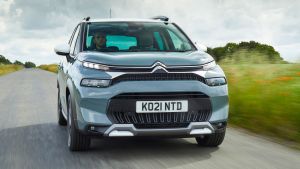 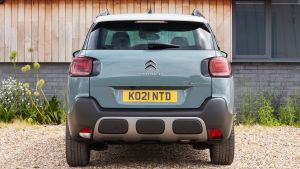 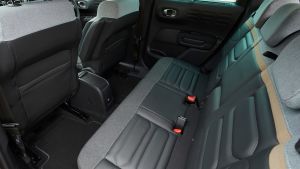 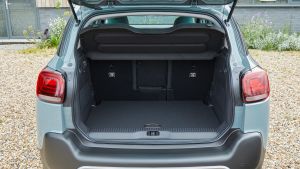 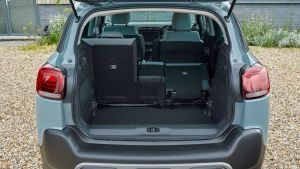 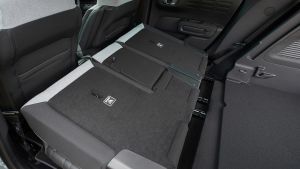 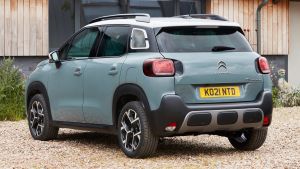 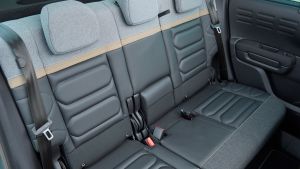 The biggest change is the fresh infotainment system. There’s a new nine-inch unit, which is both sharper and easier to navigate. The climate controls are all still on-screen, but Citroen has introduced a new ‘home’ function and menu design, making it easier to swap between features on the move. Once you learn where everything is, you barely need to look at the unit to swap between menus. It’s far better than the old set-up.

You get plenty of standard equipment, too. Even on the base model, automatic air-conditioning and full LED lights are standard-fit, while range-topping Shine Plus features 17-inch alloys, leather, some good driver-assistance tech (including collision warning and autonomous braking), and strong connectivity as part of the upgraded infotainment system. There’s also a range of colour packs that can add an element of personalisation, while the car we’re driving is also relatively affordable at £21,500.

The engines are a known quantity (although there’s still no electrification) and our car’s 108bhp 1.2-litre turbo PureTech petrol unit feels strong enough. It delivers decent performance with a respectable 10.1-second 0-62mph time and enough torque so you don’t have to work the not-so-great six-speed manual gearbox too hard. The set-up is efficient, too, offering up to 51.5mpg and 136g/km CO2 emissions, so it should be a cheap car to run.

It’s refined, and settles down at a cruise. The chassis set-up is relatively soft, which means the C3 isn’t the most dynamic machine, but the relaxed damping suits the Aircross’s easy-going nature – and that extra travel in the suspension means it’s more than happy to soak up the road imperfections that might unsettle sportier crossovers, like the Ford Puma.

Admittedly, big imperfections in the road, such as large potholes, will still send a shudder through the cabin, but overall it remains a comfortable and refined car.