This is the new Bentley Flying Spur V8. It’s a less powerful and cheaper version of the British brand’s luxury saloon, which is powered by the same 4.0-litre engine used in the entry-level Continental GT.

The V8 in question is a twin-turbocharged 4.0-litre unit, which has an output of 542bhp and 770Nm of torque – 84bhp and 130Nm less than the flagship model’s W12. Despite this, Bentley stresses that this new engine makes the Flying Spur around 100kg lighter than the W12 model, so performance remains comparable.


Bentley says the Flying Spur V8 can cover 0-62mph in 4.1 seconds and hit a top speed of 198mph – that’s two tenths down over the W12. Like the flagship model, the V8 engine sends drive through an eight-speed automatic gearbox to all four wheels.

Cylinder deactivation can shut down four of the engine’s eight cylinders when cruising, which means the V8 should return 22.2mpg, compared to the W12’s 19.1mpg. 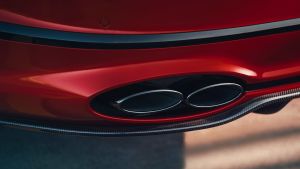 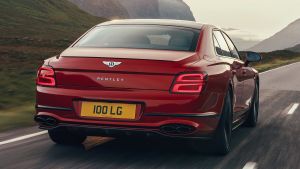 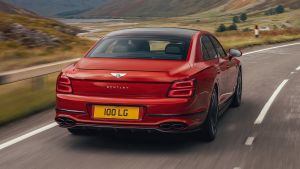 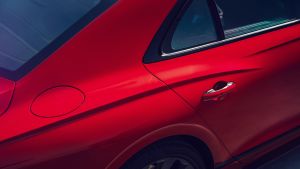 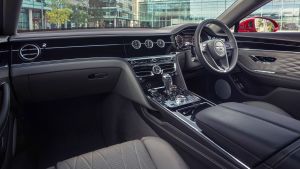 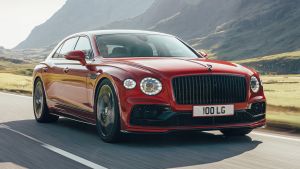 Inside, buyers have a broad choice of dashboard veneers and leather upholstery finishes to choose from, while Bentley’s trademark revolving dashboard can be specced as an optional extra.

The rear of the car’s cabin can be specced with either a three-seat bench or two captain’s chairs – and it’s fitted with a control panel which gives occupants control of the car’s blinds, climate control, mood lighting and seat massage functions. The latter option also adds an extended centre console and an extra five-inch touchscreen remote.

Buyers also get a new bottle cooler for the rear bench. Located behind the centre armrest, it offers two levels of cooling from +6ºC to -6ºC – and has storage for six 330ml cans, four 500ml bottles or two 750ml champagne bottles.

The new Bentley Flying Spur V8 is available to order now, although Bentley hasn’t issued official pricing. The range is expected to start from around £150,000, with first deliveries due towards the end of the year.

What are the best luxury cars on sale? Click here for our top 10...