Toyota has updated the Hilux pick-up truck for 2020, on sale in the UK now with prices starting from £26,895 for the entry-level Active Single Cab model and climbing to £40,475 for the range-topping Invincible X Double Cab variant.


The mid-range Icon model is priced from £31,795 and adds 17-inch alloy wheels, an automatic limited-slip differential, electrically folding door mirrors, privacy glass, LED front fog lamps and side steps. Inside there’s an eight-infotainment system with smartphone connectivity which is linked to a reversing camera system.

The Active model is available in a standard cab, double cab or extended cab body styles, with the latter two options carrying a premium of £750 and £1,500 respectively. Icon models and up are only available as a double cab pick-up – although every model shares the same one tonne payload and 3.5 tonne towing capacity.

The upper mid-range Hilux Invincible has a starting price of £34,925, for which buyers get 18-inch wheels, heated front seats, front and rear parking sensors, and a de-icing function for the pick-up truck’s windscreen wipers. Toyota has also thrown in keyless entry and automatic air conditioning. 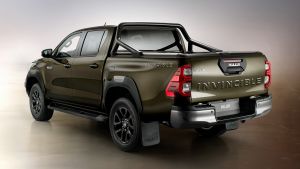 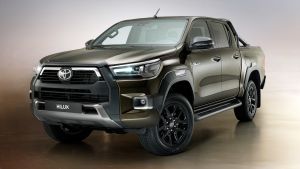 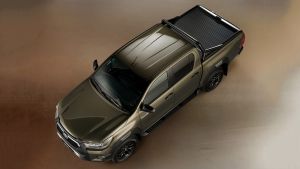 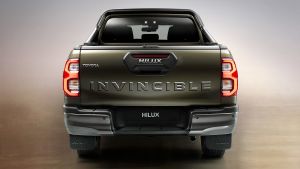 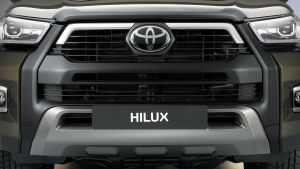 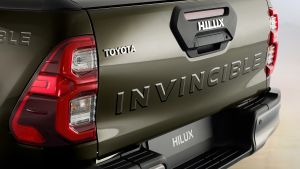 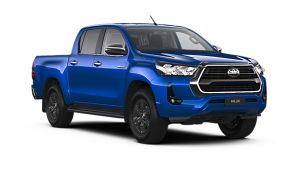 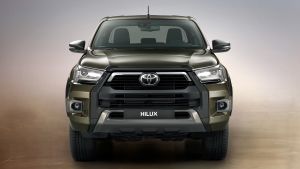 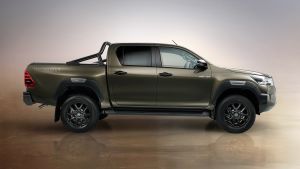 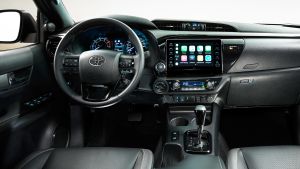 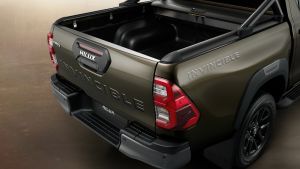 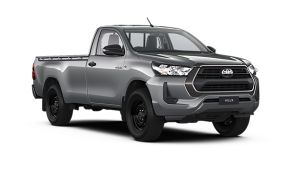 Inside, the range-topping variant gets some new black metallic and chrome trim, perforated leather upholstery, an ambient lighting system and an electrically adjustable driver’s seat. To finish the package off, Toyota has also added a premium JBL stereo system, comprising a 224mm subwoofer and an 800W eight-channel amplifier.

Buyers can also choose from a few optional extras, such as hard bed covers, roller bed covers, a locking tailgate and a 12-volt power supply mounted in the load bed. Toyota also offers a choice of nine body colours, including a new Titan Bronze finish which is exclusive to the range-topping Invincible X model.

Inside, there’s an updated analogue instrument cluster with a new central display, as well as an improved eight-inch infotainment system with a pair of rotary controls. Apple CarPlay and Android Auto are both included as standard, along with satellite navigation.

As part of the update, Toyota also now offers a new turbocharged 2.8-litre four-cylinder diesel engine, which sits above the Hilux’s existing 148bhp 2.4-litre powertrain. The new unit develops 201bhp and 500Nm of torque, which gives the pick-up a claimed 0–62mph time of 10 seconds flat – 3.2 seconds faster than the less powerful engine.

Fuel economy and emissions figures for the new engine are yet to be finalised, but Toyota expects them to be around 36mpg and 200g/km of CO2 respectively. All UK versions of the Hilux come with four-wheel-drive as standard – and buyers have their choice of either a six-speed manual or, for an extra £1,500 six-speed automatic gearbox.

The gearbox is mated to a new automatic limited-slip differential, which Toyota says will improve the Hilux’s off-road performance. It operates when the pick-up is in rear-wheel-drive and four-wheel-drive, automatically sending power to the wheel with the most traction.

To complement the new engine, Toyota has fitted the Hilux with a few chassis upgrades, such as new shock absorbers, fresh bushings and improved leaf springs for the rear axle, which Toyota says provides a smoother rider. Toyota has also lowered both engines’ idle speeds from 850 to 680rpm, to provide better control when crawling over rutted surfaces.

What does the revised Toyota Hilux have to beat? Check out our list of the best pick-up trucks on sale in the UK now…