Sony has completed the first working Vision S prototype and is currently pushing the EV through a public road testing programme in Austria, to test the limits of its autonomous technology and safety equipment.

Staying true to form, the announcement was made just in time for this year’s Consumer Electronics Show – even though this year’s event was moved online due to coronavirus restrictions. Sony first unveiled the Vision S at CES 2020 as a concept, with the aim of showcasing its next-generation infotainment technology and pure-electric platform.


Speaking about the Vision S’s tech, Sony CEO Kenichiro Yoshida has said that the car’s systems can “process information from the surrounding environment in real time” using an arsenal of 40 cameras and sensors – with the ultimate aim of providing level 4 autonomous driving capability.

For now, Sony says the Vision S can manage a high accuracy version of level 2 autonomy, which means it can park itself and assume control of acceleration, braking and steering, but the driver must still pay attention and can take over full control at any time. The car’s autonomous capability will be steadily improved in the coming years through a series of software updates.

The Vision S’s front sensors can monitor the road ahead at a distance of 300 metres, while the car’s rear sensors constantly scan up to 150 metres behind the vehicle. The saloon’s front and rear bumpers also get a LiDAR system, which Sony says can deliver “early and accurate object recognition,” even in low visibility conditions such as heavy fog.

As well as monitoring the surrounding traffic, the Vision S also features a bank of interior sensors which keep track of the driver’s level of concentration and fatigue, providing alerts if necessary. Sony is even developing a lip-reading system which can recognise the driver’s voice commands in noisy situations and deliver them to the infotainment system.

The Vision S is built on Sony’s all-new dedicated electric platform. It has an electric motor on each axle, which provides a combined output of 400kW (or 536bhp) – which the firm says is enough for a 0–62mph time of 4.8 seconds and a top speed of 149mph.

Sony is yet to confirm the platform’s battery capacity and range capability, but the brand promises it’ll deliver best-in-class cabin space thanks to a newly developed ultrathin battery pack, which occupies less space under the floor than its rivals. 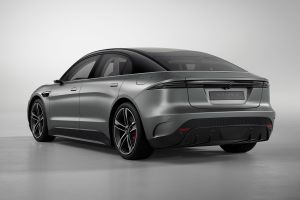 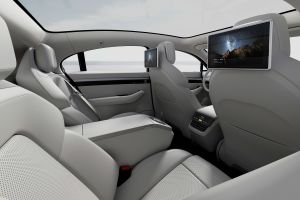 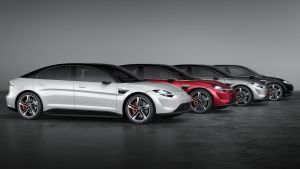 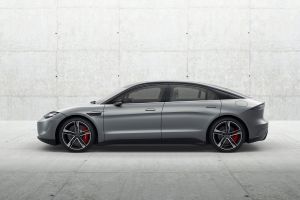 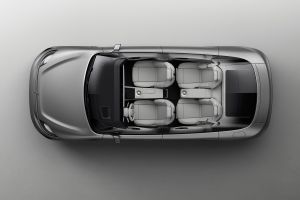 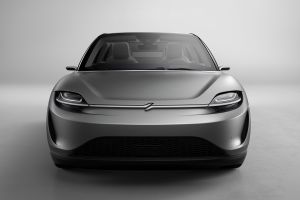 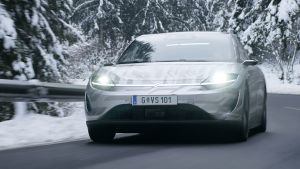 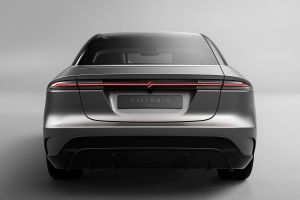 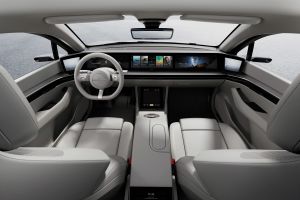 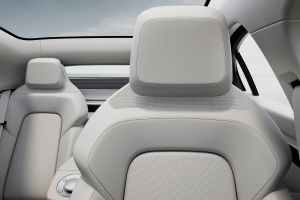 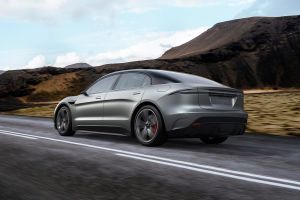 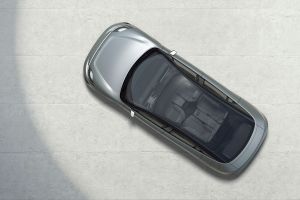 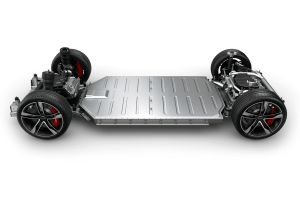 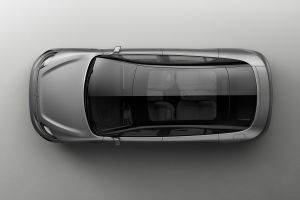 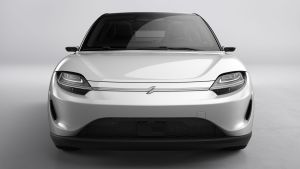 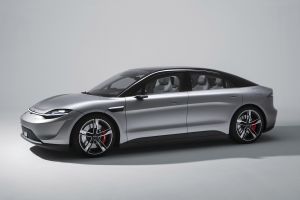 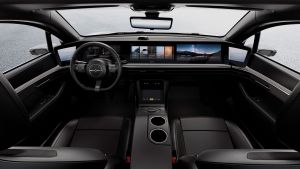 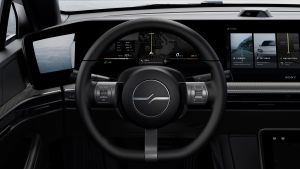 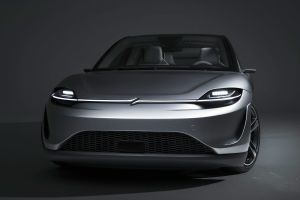 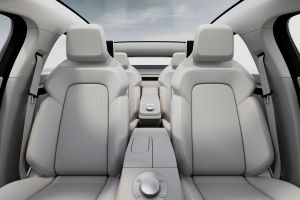 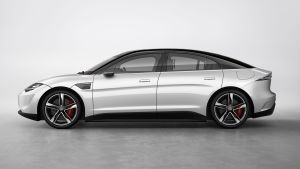 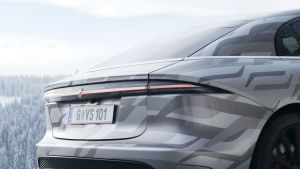 The platform will also allow Sony to expand its EV line-up in the future with relatively low investment costs. Like the Volkswagen Group’s MEB architecture, the underpinnings are scalable and can be mated to a range of body styles, including a coupe, an SUV and an MPV. The platform and body will also be built to comply with global crash safety regulations

The Vision S measures 4,895mm long, 1,900mm wide and 1,450mm tall, which means it’s roughly the same size as the BMW 5 Series and Mercedes E-Class, but at 3,000mm, it boasts a longer wheelbase. This should result in more cabin space than either the BMW or the Mercedes, while Sony has chosen to fit two individual chairs in place of a rear bench, making the Vision S a four-seater.

As it’s built by Sony, you would assume the Vision S will come with a mountain of interior technology – and you’d be right.

The car’s dashboard is dominated by a full-width infotainment system/digital gauge cluster which, along with the usual navigation and media functions, allows occupants to enjoy films and video games, by connecting to a console at home using the car’s onboard 5G system.

Rear-seat passengers also get their own 10.1-inch displays – and occupants can pass content between their screens, by swiping the display in the shape of an “L.” What’s more, the car’s functions can even be operated using Sony’s latest PlayStation controller.

Instead of conventional mirrors, the Vision S uses an array of cameras. There’s a single rear facing display in place of the rear-view mirror and a pair of dinky screens for the edges of the dashboard, which are fed by a pair of wing-mounted cameras. Sony says these are easier to use than a conventional mirror, as they’re brighter and not affected by headlight glare.

Sony has also designed a new surround sound stereo system for the Vision S, which uses the same technology as its high-end headphones. Each occupant gets their own speaker, built into the seat headrest, which Sony says will allow them to enjoy their favourite music independently of the other passengers.

Despite the concept looking decidedly fit for production, Sony hasn’t yet released any plans to put the Vision S onto the market. For now, the project is focussed on developing a range of vehicle technologies that can be sold on to OEMs for their own future production EVs.

What do you make of the Sony Vision S? Let us know in the comments section below…