This is the Citroen C3 Saint James - a new limited-run special edition version of the brand’s Ford Fiesta rival priced from £16,755, created in collaboration with the famed French fashion house.

Aping a special edition Citroen C3 offered in Japan back in 2019, the new C3 Saint James is based on the C3 Shine trim level and comes with inspiration from the French label famous for the striped jersey uniform it created for the French Navy back in 1858.


That explains the new nautical touches to the C3 Saint James. Roof graphics employ the Saint James’ trademark blue, white and red colours. The same subtle signature is also available on both front doors and the rear of the vehicle.

A range of body colours are offered, including a black or white roof. All models get 16-inch diamond-cut gloss black alloy wheels.

Inside, the C3's Advanced Comfort seats are upholstered in grey material that are brightened up with a decorative chevron band, that above sits beige vinyl covering. Red stitching and Saint James tags also feature. 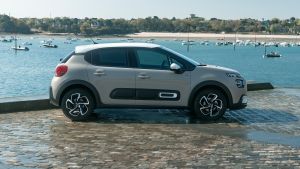 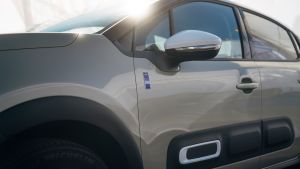 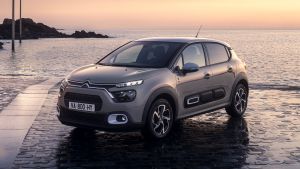 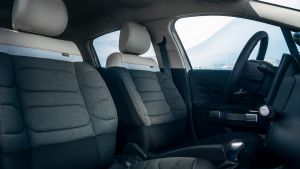 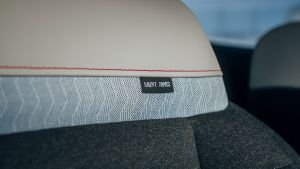 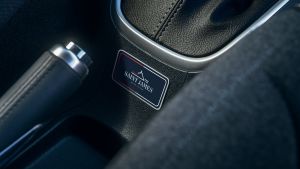 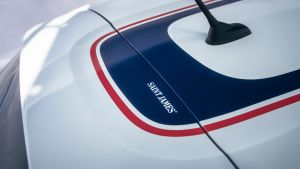 Elsewhere, white stitching is used on the lower parts of the seats and on the dash. A chrome surround around the gear lever and a small Saint James badge ahead of the handbrake complete the changes.

Since the new C3 Saint James is based on the C3 Shine there's a long list of standard equipment, including auto wipers and headlamps, rear parking sensors, LED headlamps, a 7.0-inch infotainment system that works with Apple CarPlay and Android Auto, climate control and lane departure warning.

Two versions of the C3 Saint James will be offered, both are powered by the car-maker's 1.2-litre three-cylinder petrol.

Citroen has not confirmed how many C3 Saint James special editions it plans to make, but has announced first deliveries will begin in late July.

Want a bit more space? Check out the latest on the new Citroen C3 Aircross here...