Bentley has revealed its second plug-in model – the Flying Spur Hybrid. It’s set to be priced from £160,000 when sales begin later this summer.

Following on from the Bentayga Hybrid, the latest addition to Bentley's big limo range once again combines six-cylinder power with a battery and an electric motor but, instead of employing the Bentayga Hybrid's 335bhp 3.0-litre turbo, the Flying Spur bags a more powerful 410bhp turbocharged 2.9-litre V6.


The new engine uses fuel injectors and spark plugs that are centralised within each combustion chamber for optimal spray patterns for the cleanest, most efficient burn. Meanwhile, the twin-scroll turbos and catalytic converts are positioned within the V of the engine to cut turbo lag and improve emissions.

That advanced petrol engine works in tandem with a punchy 134bhp e-motor so that the Flying Spur Hybrid musters totals of 536bhp and 750Nm – a sizeable step up in thrust over the Bentayga Hybrid's 443bhp and 770Nm and one that's reflected in its performance. 0-62mph takes just 4.1 seconds while the top speed is 177mph. 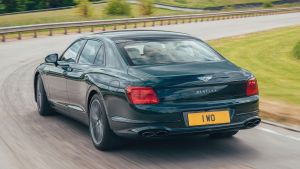 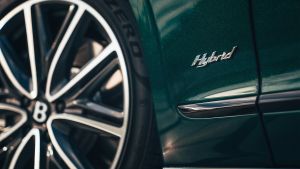 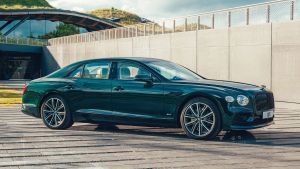 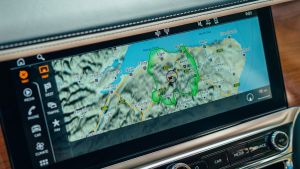 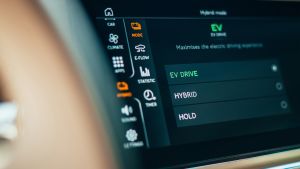 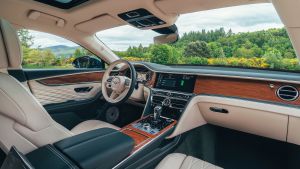 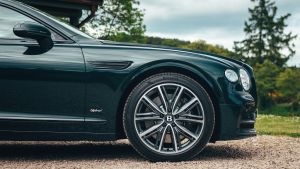 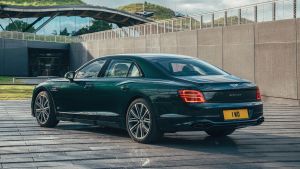 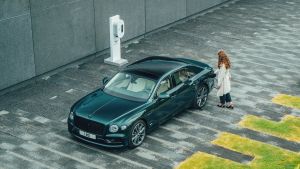 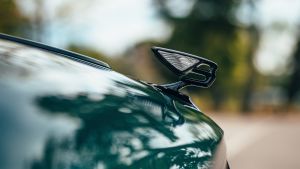 The small electric motor is packaged between the engine and transmission and fed by a 14.1kWh battery. Although no CO2 or fuel economy figures have been revealed, Bentley says that the Flying Spur Hybrid has the most “environmentally focused” powertrain in the brand’s line-up. The firm claims that running on pure-electric power alone, around 24 miles of emission-free range is possible, pending final certification.

Design changes comparted to other Flying Spurs are minimal, the only tweaks being ‘Hybrid’ badging, quad oval exhaust tips and the addition of a charging point on the left rear wing. There is also the option of seven Bentley paint colours specially chosen for plug-in model and buyers can add a free Bentley-branded wallbox to keep the plug-in hybrid’s batteries topped up at home.

Thanks to a new embedded SIM card in the car, the Flying Spur Hybrid now allows owners to use the My Bentley smartphone app to monitor recent trips, helping them analyse average speed, fuel consumption and fuel and electric consumption. The same app also allows remote charging to be initiated, if the car is plugged in and lets owners pre-condition the temperature in the cabin ahead of their journey.

Sales of the Flying Spur Hybrid start this summer with deliveries likely to begin before the end of 2021. Prices are set to kick-off from £160,000.