Bentley has unveiled a drop-top version of the recently launched Continental GT Speed. The British brand says it’s the most driver-focussed convertible in the car’s line-up, thanks to a host of chassis improvements and a more potent version of its trademark W12 engine.

Like all of Bentley’s Speed-badged models, the Continental GT Convertible in Speed trim is powered by a tuned version of the company’s twin-turbocharged 6.0-litre W12, which sends drive to all four wheels via dual-clutch eight-speed automatic gearbox.

Buyers also get a four-wheel steering system, a recalibrated version of the standard car’s traction control software and, as with the GT Speed coupe, an electronically controlled limited-slip rear differential.

Combined with the standard four-wheel drive system, the tech can now send a greater proportion of the engine’s power to the rear axle, with the new diff helping to improve agility and handling. 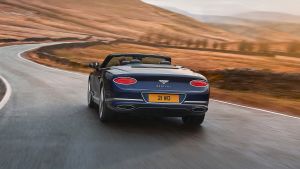 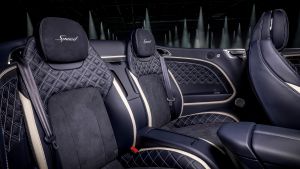 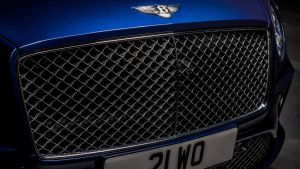 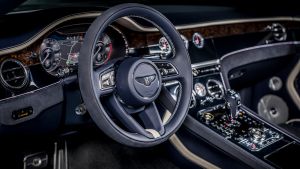 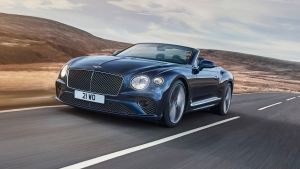 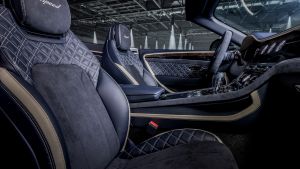 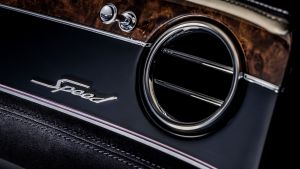 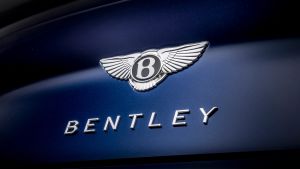 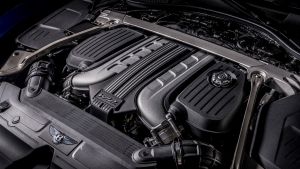 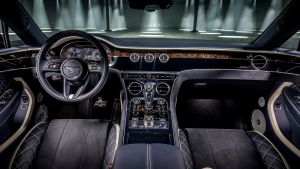 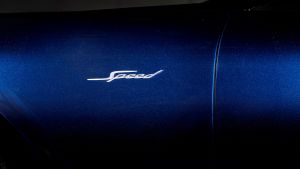 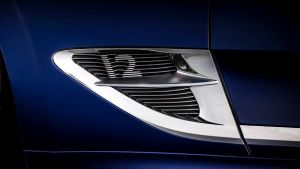 Bentley has also given the GT’s adaptive air suspension and 48-volt active roll stabilisation systems a thorough reworking, setting both up for maximum cornering ability. In the firmest setting, the latter system can deliver 1,300Nm of force in 0.3 seconds to counteract body roll and keep the car flat. The active anti-roll system can also be deactivated for more comfortable cruising.

To help rein-in the extra performance, Bentley offers the Continental GT Speed Convertible with an optional carbon-ceramic brake package, which adds 10-piston calipers on the front axle, four-piston calipers at the rear and more fade-resistant discs.

As with the Coupe, this convertible Speed receives cosmetic tweaks that mark it out as the flagship. Buyers get dark chrome exterior trim and matching 22-inch alloy wheels, as well as Speed-specific side skirts, illuminated treadplates and some discreet ‘Speed’ badging for the front wings.

The luxury GT’s fabric soft top is offered in a choice seven colours, including a modern take on traditional British tweed. It’s better insulated than the previous GT Convertible’s and can also be deployed or retracted in just 19 seconds, while moving at speeds of up to 30mph.

Inside, the GT Speed Convertible features a similar range of performance-minded tweaks, such as an Alcantara steering wheel, diamond-quilted sports seats, sports pedals and a turned aluminium centre console.

The rest of the dash can be finished in a choice of four veneers at no additional cost, although Bentley does offer a further three options as paid extras.

Now read our review of the Bentley Bacalar here…