This is our first look at what could be a new Ferrari hybrid supercar using a V6 engine configuration, lining up as a new rival for the McLaren Artura.

Codenamed the F171, it’s possible that this will be the first model to make use of a six-cylinder engine that has been in development at Maranello for some time, and referenced by the firm’s executives.


The brand’s Chief Marketing Officer, Enrico Galliera, told Auto Express in 2019: “The philosophy is to try to be ready with different technologies in order to use them with the necessary evolution,” he added. “That’s why we have a wide range of engines: V12, V8 and, in the future, the V6.”

Ferrari hasn’t yet disclosed any of the new engine’s specifications, but speculation suggests it will be a turbocharged 3.0-litre unit with some sort of electrified assistance in the new ‘F171’ supercar.

Power output is also unconfirmed but, to be competitive with the McLaren, Ferrari will need to extract around 670bhp (the power figure for the old 488, which this model will essentially replace) from its new hybrid system. Unlike Ferrari’s other hybrid supercar, the SF90 Stradale, the F171 won’t have an electric motor on the front axle either, instead sending its additional torque to the rear axle. 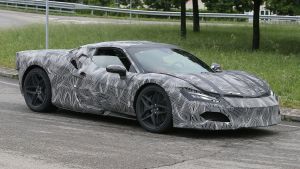 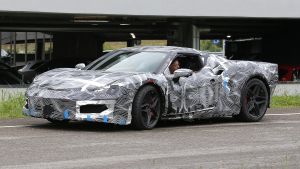 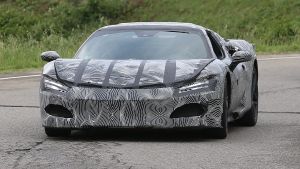 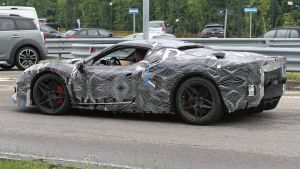 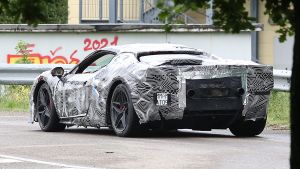 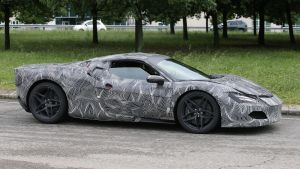 These images are the first time we’ve seen the F171 in its production bodywork. It follows Ferrari’s current mid-engined styling language, sharing the same raked windscreen and door shape as the F8 Tributo. However, there are a couple of red herrings, such as the fake exhaust tips and some elaborate cladding around the diffuser.

It looks slightly smaller than the F8 Tributo, while the wheels have also been pushed out towards the car’s corners, which should help improve handling.

While the brand has not gone official with the F171, it has with two other new models due within the next four years, one of which will be the Purosangue SUV. The other will be the brand’s first pure-electric vehicle, which will square up against the Lotus Evija and the Tesla Roadster.

All three new cars will be key pillars of the Italian brand’s electrification strategy – and it’s possible that the Purosangue could use the same hybrid V6 engine being lined up for the F171.

What does Ferrari’s new hybrid supercar have to beat? Check out our top 10 list of the best supercars on sale here…