How to cut your fuel costs: fuel cards, cheaper fuel and eco-driving

You’d think it would be easy-peasy, working out how to spend the least amount of money on fuelling your car. But the chances are you’d be wrong. Or, at least, you might not be entirely right. 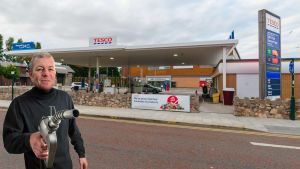 For starters, by far the most effective way to spend less money on fuel is to not spend as much money buying it in the first place. Simple as that. So although we’ve said it before, we’ll say it again: don’t buy your fuel at a motorway service station if it’s possible to avoid doing so. Buy it instead from a supermarket garage if you can. Why? Because in extreme cases you’ll save as much as 35p per litre by going to a supermarket fuel station instead of the motorway services. In a car with a big tank, this can save you as much as £15 or even 20 quid on just one fill. That’s a genuinely tangible amount of cash to pocket, and worth planning for if you’ve got a long journey ahead. The other way of saving money on fuel is to burn as little of it as possible once you’ve filled up, and there are lots of tricks and techniques you can use to achieve this.


Some of these are more effective than others, but all of them make at least a small difference to fuel economy, so are well worth experimenting with.

One, drive as smoothly as you can, everywhere. That doesn’t mean driving at 50 per cent of the speed limit, getting in everyone’s way. Instead it means pressing the throttle as if your Grandma’s ear is mounted upon it, and changing gear early, but not too early, so as not to labour the engine. Do that and you’ll burn more, not less fuel. 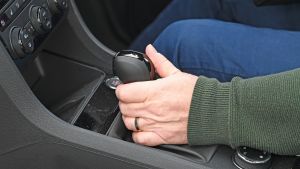 Two, in cars with a manual gearbox, you don’t need to use every single gear when accelerating or upshifting. Try skipping third and going from second to fourth, or from first to third and so on. With an automatic transmission, it’s best to let the gearbox do the work for you, although gentle use of the throttle will mean it’ll automatically shift up earlier, and the engine will burn less fuel as a result.

Three, brake as gently as you can, and don’t over-brake, even when coming to a complete halt at a junction or traffic light. You burn the most fuel under acceleration, so if you brake too hard then need to accelerate again to keep up with the flow of traffic, you’ll use more fuel than if you’d anticipated better, braked less hard, and shed less speed than you needed to. So, as ever, the message is leave plenty of space between you and the vehicle in front, because it’ll give you more time to work out whether you really need to brake, or just take your foot off the accelerator for a few seconds to reduce your speed slightly. 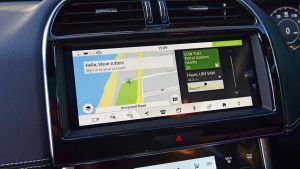 Four, plan your journeys better. Satellite navigation is great, mostly, but if you have a quick look at the news before starting a long journey, you might be able to avoid a 25-mile detour that’s not necessary. Google Maps is a superb system, because it updates traffic information quickly and accurately. If your car has Apple CarPlay or Android Auto connectivity, or you have a mount that lets you use your smartphone safely and legally, you are likely to avoid more jams than if you were using an in-built sat-nav system.

Five, maybe think about trying a hybrid next time you’re thinking of getting a new car. The best are very efficient indeed, burning significantly less fuel but offering at least as much performance as regular petrol or diesel vehicles. Don’t rule out an electric car, either. Take one for a test drive, have a really good think about the realistic running costs over five years, not just one, look at the monthly contract costs closely, and work out whether an EV would fit into your lifestyle.

Six, don’t forget about the smaller, more pragmatic things. Check your tyre pressures regularly, remove the roof rack that hasn’t been used since the summer, and lose the gear in the boot you’re not using – you’d be amazed at how heavy this can all be. Individually these things might only make a small difference, but collectively they could save you more fuel per journey than you’d ever think possible. 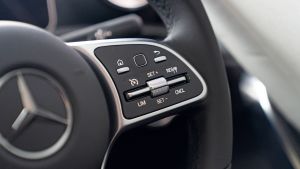 You’d think your car would be at its most fuel-efficient on the motorway when its cruise control system is engaged, especially if you have an adaptive system. But by motoring smoothly without using cruise control, most good drivers will be able to better the economy of an automated system.

In fact, speed-sensitive systems are actually the easiest to improve upon because they tend to overreact when braking, and can be surprisingly clumsy when getting you back up to your selected speed. We reckon our testers can beat such systems by at least 2mpg on a busy motorway.

That adds up on a long drive. So how do you do that? Again, it comes down to anticipation. A simple cruise control system will maintain that constant speed regardless of circumstances; it won’t anticipate that the truck a quarter of a mile ahead is about to move into your lane.

The same applies to adaptive cruise control, too. Rather than wait for the car to apply the brakes you can come off the throttle to slow, which should mean you’ll give more time for the truck to move out of your way, reducing the amount of accelerating you’ll need to do. If you do use adaptive cruise, then setting the biggest gap possible will maximise your economy.

Looking to make some further savings? Look at our guides on how to cut your car's running, insurance, and servicing costs.

S
How to cut your car service costs: cheaper servicing, MoTs and repairs

25 May 2021
Steve Sutcliffe
S
S
Road driving tips: how to drive on the road