The short journeys that the Transit Custom PHEV has been doing are hiding the shortcomings of its poor cold-weather battery range. Warmer temperatures are already improving this, but it’ll be interesting to see what happens once lockdown eases and we can venture farther afield.


On paper, it seemed like a good plan. We tested a Ford Tourneo Custom PHEV, the petrol-electric people-carrying variant of the big-selling Transit Custom van a while back. It was fine as passenger transport, but thanks to our brief time with it, we didn’t use its plug-in hybrid drive system properly, and recorded some disappointing fuel economy figures as a result. So, we made a call to Ford, asking if we could run a PHEV for a longer period, so that we could use the hybrid system as intended and get some more realistic economy figures.

Ford obliged, and the Transit Custom PHEV you see here arrived the week before Christmas. So, with the trip computer zeroed and two charging leads at our disposal, we started life with the plug-in van.

As well as the standard Type 2 cable that’s needed to plug the Transit Custom in, Ford also supplied us with a lead that allows us to charge the van from a three-pin plug socket (chez Gibson has yet to upgrade to a home wallbox). So it’s been my mantra to plug
the van in every time it’s parked.

However, while I’ve been charging the van religiously, we’ve been having issues with its all-electric driving range, which has been nowhere near the 35 miles claimed in the Transit Custom brochure. There’s no problem with the van, though, it’s the weather that’s the culprit. 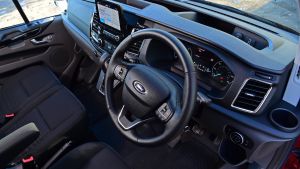 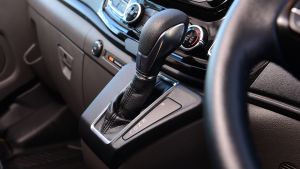 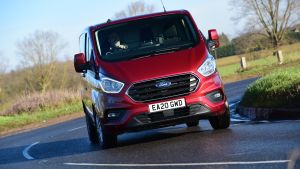 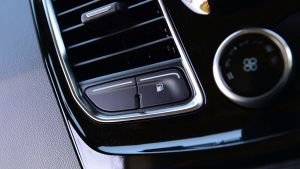 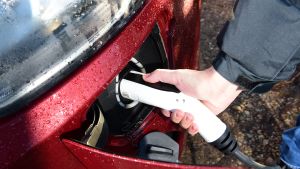 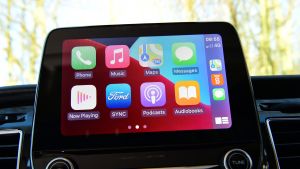 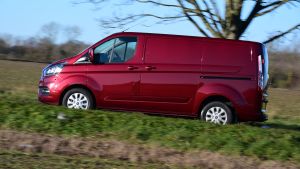 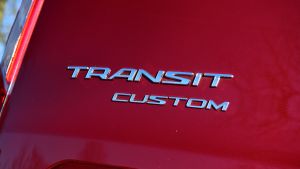 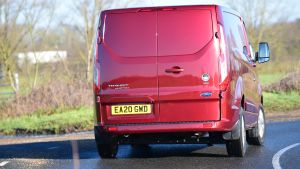 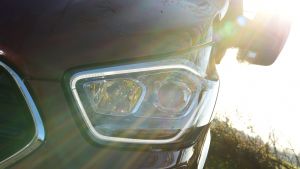 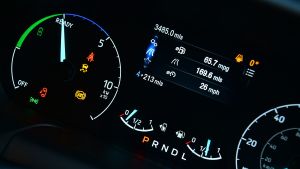 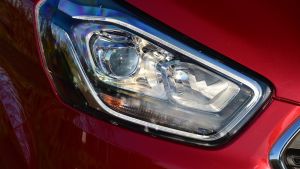 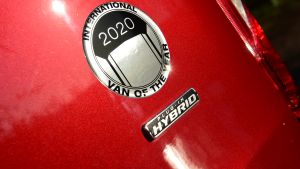 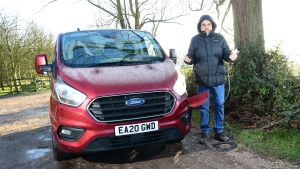 Lithium-ion batteries don’t like freezing temperatures, so through all of January and February (and without the luxury of battery preheating on offer), the cold weather has meant the Transit Custom PHEV has only been able to offer a range of around 15 miles from the fully charged battery.

Lockdown 3 means that this hasn’t been too much of an issue, because shopping trips have been well within the van’s electric range. But venture even a little further afield, and the engine (which acts as a generator for the electric motor, and isn’t connected to the wheels) cuts in with its three-cylinder drone. As a result, the trip computer – which started at 99.9mpg, thanks to electric running over Christmas – fell to 66.3mpg even after a few short trips in January. That’s still better than a diesel Transit Custom by about 25mpg, though.

We’ve already seen the benefits of warmer temperatures, with 23 miles on offer from a full charge now that the thermometer has crept back into the teens. This longer electric range means more efficient running should be possible, at least until lockdown ends, after which there are likely to be more longer journeys on the cards.

While fuel economy hasn’t quite been up to scratch, the rest of the Transit Custom is living up to the Best Van title it won at 2020’s New Car Awards, with great tech on board and that vast load bay to play with.